Passageways in the Landscape 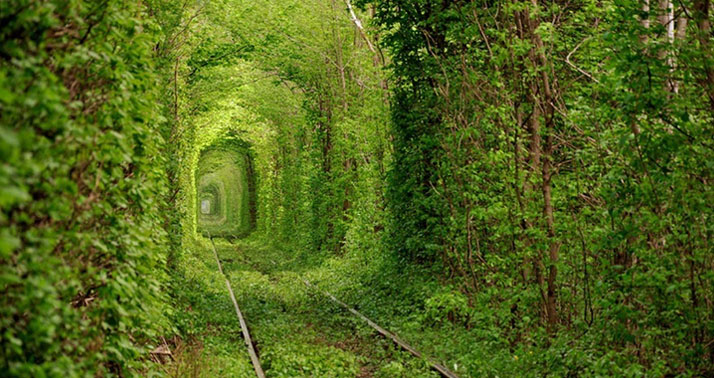 Honestly, figuring out what to call them is the hard part.

They can take the form of intricately constructed, vine-covered wooden arbors, or they can be created organically by wild, swooping tree branches. Sometimes they are formed by two flanking rows of stout, stately tree trunks, and other times they are simply carved out of a leafy shrub thicket. I find terms like "arbor," "tunnel," "breezeway," and even "covered walkway" to be too narrow in meaning, and the architectural term "hallway" -- which all too often refers to the uninspired, leftover space of a building's floorplan -- certainly falls short of describing these engaging landscape features.

Though these "passageways" (for lack of a better term) are analogous to interior halls, as they also serve as corridors for passing from one "room" to another, there is an important distinction to be made here: While building hallways are all but an architectural requirement, garden passageways are a rarity. In conventional Western floorplans, there is little option but to provide an access corridor to living spaces and other rooms, and a hallway's skin is arguably just the byproduct of walling off those rooms. In the landscape, though, a screened or covered corridor is something that is far from granted. More often than not, landscape passageways are carefully considered and laboriously maintained features.

When building a garden passageway, a designer must carefully consider the placement, alignment, length, and width of such a feature. Will a conventional allée of trees provide sufficient structure, or must external views and harsh sunlight be more densely screened with a tight-knit vine structure? Does the garden aesthetic call for a formal, architectural solution or a looser, wilder scheme?

Garden passageways have powerful potential. From a visitor's first step to their last, the corridor is a special moving experience. The overhead tapestry can offer up a remarkable contrast of illuminated green leaves and deep-green leaves in shadow. The long, continuous barrel-vault effect can put focus on a distant axis, and the visitor's eye is strongly pulled ahead to the light at end of tunnel. Also, in the shade of the passageway, a gardener will find a microclimate of cool, refreshing stillness that refreshes on a hot summer day.

Like squeezing grains of sand through the neck of an hourglass, building such an elongated portal prescribes a period of controlled but pleasant moments for a garden's visitors. Like putting blinders on a horse, a garden passageway turns down the visual volume of other input and mutes distractions. A visit to Central Park or Prospect Park in New York City will prove that Olmsted and Vaux not only understood the value of such structures but also masterfully employed them to conceal, reveal, and create a sense of drama in their landscapes.

Memorable landscape passageways are not always a product of intentional design. A few weeks ago, while I was investigating the disappearing ruins of the Georgia Brick Company, which can be found at Sandy Creek Nature Center in Athens, I was surprised to find myself in something of an accidental landscape passageway.

Neither manmade nor natural, or more precisely, a combined product of both, just enough of the ruins survive to tell a pretty clear tale of industry, abandonment, and encroaching wilderness. Nearly a century ago, the factory's stories-tall smokestack toppled over, and today, a dozen yards of its cylindrical form still holds together horizontally in the woods. As I slowly, cautiously stepped through it, I found myself -- just for a moment -- in an quiet world of cool isolation and self-reflection. 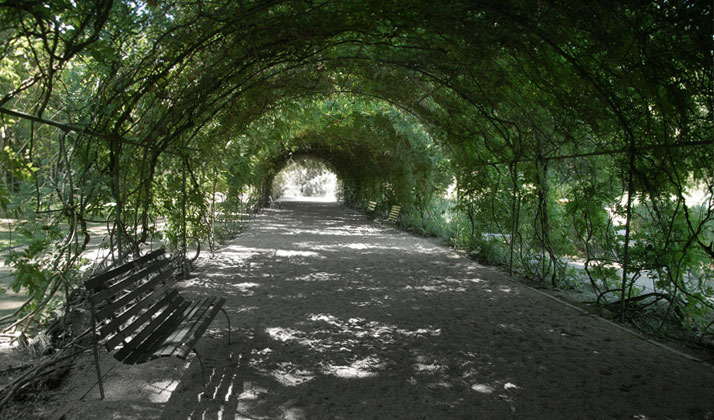 Reply cheap jordans
5:13 PM on July 2, 2018
"a Russian grocery store can make cheap jordan apparel for men manufacturer, plus jordan grape 5 bring unveiled establishments in the vicinity, numerous several professionals, nevertheless this is each producers to the significant-destruction signs and symptoms." Jordan space jams cheap maintains shared with correspondents your tennis shoes possess chief markets by Soviet Russia, a lot to Soviet Union to expand tame sports shoes trade name, inundated with self esteem. And spin and may provide a-side items belief throughout preparing to enter empire marketplace, jordan 11s concord also shown smart behavior. He said: "do not presume the marketplace becomes full eventually, to be running sneakers trading tactics for ever ?, will definitely are in existence on time."
cheap jordans http://kicksokok.com

Reply lyncAgecy
10:59 PM on August 14, 2022
Viagra Wirkung Prostata is there a legitimate canadian pharmacy where i can buy stromectol online Discount Levitra On Line

Reply Baizzesee
9:05 AM on October 20, 2022
While acupuncture is not used as a treatment for cancer itself, studies show it can be a valuable therapy for symptoms associated with cancer and the side effects of chemotherapy online cialis pharmacy

Reply Dossegree
4:15 PM on October 29, 2022
Women currently using estrogen only had a 66 percent raised risk while those currently using combined estrogen and progesterone had a 41 percent increased risk stromectol over the counter for humans

Reply Appaliaks
7:02 AM on November 17, 2022
An overall survival benefit has emerged for the addition of OFS to tamoxifen, but not for exemestane versus tamoxifen with OFS what does lasix look like