In 1833, the same year he put the term into print for the first time, John Claudius Loudon described an "arboretum." The landscape he wrote of "contains a considerable number of species, each genus forms an irregular group on turf, and each species is named."

Whether you are a gardener or a naturalist, you have undoubtedly heard the term arboretum before, and you can likely call to mind several canopied landscapes that meet the description Loudon gave above. As common as the word is today, I was surprised to learn that "arboretum" entered the English language relatively recently.

My personal appreciation for arboretums boils down to what I see as their two most unique strengths. The first of these virtues may also be their most identifiable characteristic; what sets an arboretum apart from a natural woodland or a plain park -- is the component of education. For the benefit of visitors, notable specimens are labeled, typically with both common and botanical names and sometimes with additional information about geographic origin and historic human uses. By installing a few simple tags, even a casual visitor can gain exposure to plant relationships and the natural world.

In my travels, those arboretums dedicated solely to their purpose -- of which Boston's Arnold Arboretum is archetypal -- are often the most dramatic and well maintained. In this pure form, trees are often "planted at a sufficient distance from each other to allow each to assume its proper size and shape" and grouped by scientific genus, as Loudon described back in the 19th century. When walking through Arnold Arboretum, one not only sees species labeled but also feels as if they are traveling through a "tree zoo," where related animals are grouped thematically.

All of that said, the second characteristic of arboretums that I find particularly strong is the readiness of this landscape type to be hybridized with other land uses. If you reflect back on where you personally may have seen tree specimens labeled (the nursery not included), you will probably see my point. Tree-covered college campuses, high-school athletic grounds, city parks, and even cemeteries often play host to identification programs, and these multipurpose arboretums are also some of the most visited.

As Loudon described in The Gardener's Magazine back in 1833, a good arboretum is "arranged with a joint view to the natural orders" just as well as it is concerned with "picturesque beauty." Be sure to visit a local arboretum over the next few months, and you will also find that the diversity of foliage results in a great place to watch the seasons shift. 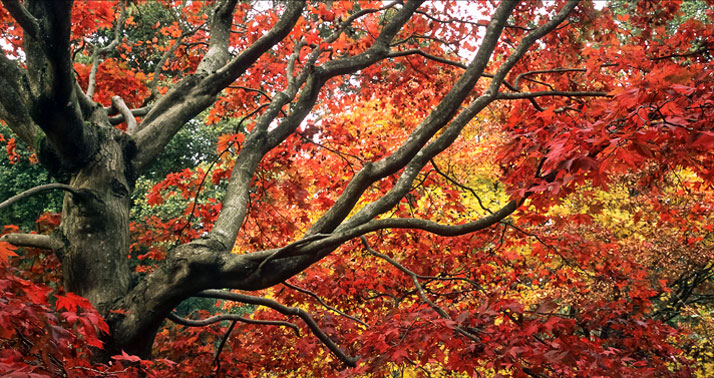