From the time of the Roman Empire, to the villa gardens of the Italian Renaissance, and throughout the history of Japanese gardens, the human race has brought fish species into many of its gardens. The garden fish, perhaps epitomized by the showy koi, is cherished as a bearer of color, movement, and life in a designed landscape.

Although an ichthyologist would certainly tell you that a fish is an animal, in the contained landscape of a garden a fish has many of the qualities of a plant. Unlike other animals that you might find in a garden, including birds, chipmunks, and even frogs, a fish is the one animal that is incapable of leaving its habitat. Garden fish are fixed – or perhaps “planted” – by the gardener.

Just like plant selection, when deciding what fish might best complement your garden, there are many carefully bred species and varieties to pick from. Each of the many options has distinct appearances, qualities, and needs.

One of the most popular garden fish, the Comet is an active, long-bodied goldfish that is well-suited for outdoor living. This variant of goldfish typically has the orange flame coloration, though Comets can sometimes be found with white or even red and white scales. The silhouette of this fish is defined by its single and deeply forked tail fin that resembles the streaming tail that trails a comet as it moves through space.

This goldfish variant has a shorter and plumper body that is almost egg shaped. Its coloration is similar to the Comet, but its form is defined by its showy, split tail fin.

The Oranda can have a wide range of scale colors, and this fish is available in orange, red, black-and-white, red-black-and-white, and even blue. A mature Oranda is immediately recognizable by the intensely colored, bumpy growth on its head. This feature, called a “wen,” often makes the Orandas look as if they are wearing a bright red cap on their heads.

Black Moors can be recognized immediately by their bulging, “telescopic” eyes and black coloration. Their scales range from velvety black to black with a bronzy sheen.

The koi, though often mistaken to be a large breed of goldfish, is actually a species of ornamental carp. Beginning in 1820’s Japan, koi have been carefully bred for almost two-hundred years, and as a result they are incredibly showy fish. They can be found in almost every color, including orange, yellow, white, blood red, cream and blue, and many fish have hybridized combinations of those colors.

Koi are often more aggressive than goldfish varieties, and they also have a longer lifespan, regularly living two or three decades. The longest living specimen is said to have lived 226 years, though I would guess that you should not count on your garden fish to survive quite that long.

There are many important considerations that you must consider when selecting fish or fishes for your garden. Before acquiring any fish, I would recommend consulting with books or specialists to see what fish are “hardy” in your climate, or else you may have to collect and over-winter the creatures inside your home.

Additionally, it is of great importance that the new habitat, whether a pond, lake, fountain, or outdoor aquarium, is properly designed to meet the specific needs of the fish you might select. The recommended volume, depth, and aquatic plantings will vary with each type of fish. Consider incorporating a small waterfall or fountain into your fish’s new home, as these features oxygenate the water and make for a healthier habitat.

In my experience, the inclusion of fish is one of the most overlooked means of improving a residential landscape, as the presence of fish can be a unique, valuable asset to any garden. As with plant selection, careful consideration of your options and their impacts is a better strategy than diving right in. 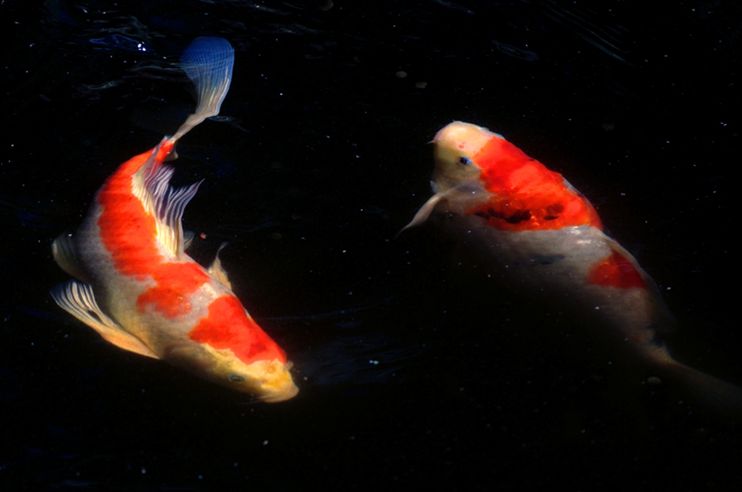